The DWL 66+ laser lithography system is an economical, high-resolution pattern generator for direct writing. The system features powerful options such as front- and backside alignment and a choice of 405 nm or 375 nm laser wavelength. Further advanced options include an absolute position calibration and an automatic loading system. A total of six different Write Modes are available, amongst them the High-Resolution Mode with a resolution of 300 nm. Notably, the DWL 66+ presents the ultimate performance in Grayscale exposure mode, from Standard to Professional levels: This versatile technique for the creation of complex 2.5D microstructures in thick layers of low-contrast positive photoresists is used for applications such as micro-lenses, DOEs, holograms (CGHs), and textured surfaces.

This highly flexible and customizable system can be specifically tailored to your application – the sophisticated capabilities of the DWL 66+ make it the essential lithography research tool in Life Science, Advanced Packaging, MEMS, Micro-Optics, Semiconductor and all other applications that require microstructures. 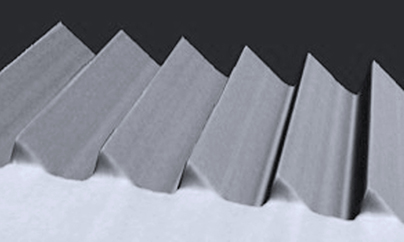 A diffraction grating patterned with DWL 66+. Both the angle of the sawtooth-like profile and the groove spacing are tuned to match the specific application requirements. Blazed gratings are key components of many optical instruments, such as monochromators and spectrometers used in sensors, communication systems and other tools.

Retro-reflector structure was patterned using DWL66+. 2.5D micro-structures designed to control reflection or diffusion of light are used in light sources and illumination, like backlight units in LCD displays.

Fresnel micro-lenses are still a crucial component in today’s micro-optics and opto-electronics. Originally invented to reduce mass and volume of lenses used in lighthouses, Fresnel micro-lenses manufactured by grayscale direct-write lithography are used in mobile devices, enabling ultra-light and compact powerful cameras that fit in our pockets.

The 300-nm-wide channel waveguide coupled to a ring resonator with a radius of 3 µm was written using the high-resolution write mode HiRes on the DWL 66+. Submicron waveguides, resonators and similar microstructures are used in optoelectronics to guide or study electromagnetic radiation. This design was created with the “Nanolithography Toolbox”, K.C. Balram et al., J. Res. natl. Inst.

This array of pseudo-random concave microlenses is used as a diffusor. Such devices modify the light distribution of a point-like source, e.g. LED. For example, in mobile devices, a diffusor is used to ensure homogeneous illumination when taking a picture with a flash.

A CHOICE OF GRAYSCALE CAPABILITIES

Grayscale lithography uses a low-contrast positive photoresist. The exposure intensity gradient transfers directly into exposure depth. The result after processing is a 3D topography on the microscale.
Whether standard, advanced or professional – the grayscale mode presents a powerful tool for the creation of complex topographies – for example for micro-optical components or MEMS 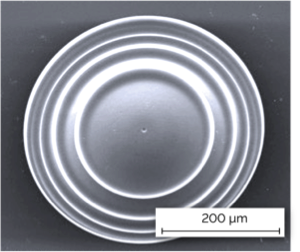 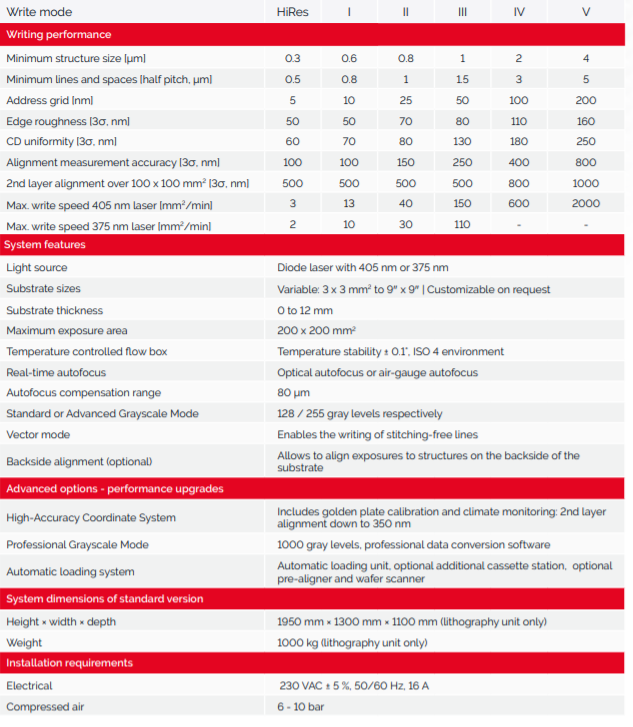